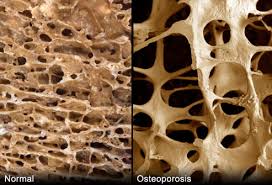 The bones inside my body look like swiss cheese. My brittle hip and lower back vertebrae are riddled with holes. Although I am only in my mid-40s, I have severe osteoporosis. My “T-Score” (for those who know what that is) is below -4, which is off the scale.

My husband is a small business owner. The cost of premiums for medical insurance was prohibitive, so we tried a Christian medi-share alternative, Liberty HealthShare. Because Liberty HealthShare is not technically an insurance company, they are exempt from the Obamacare/ACA prohibitions against excluding pre-existing conditions. What this means in reality is that they ended up covering nothing because they were able to find a pre-existing condition in everything. So if I needed to go to the doctor and get an inhaler for my asthma, that was not covered because asthma is a part of who I am. Under Liberty, anything that you have seen a doctor for in the past four years is considered a pre-existing condition, even if the condition went away and then came back. Therefore, Liberty did not cover my asthma. They did not cover my daughter’s migraines. They did not cover my stomach issues, and they probably would not have covered osteoporosis because in the past a doctor told me to get screened. If it’s written down anywhere, they exclude it.

Liberty’s status as a non-insurance-company also allowed it to exclude all mental health benefits, including suicide prevention. Apparently they believe that “real” Christians do not need counseling or psychiatry because with enough faith, depression and anxiety just melt away. Right? Wrong. Wrong. Wrong. Try telling that to the Christian parents whose child attempted suicide and then were saddled with all the in-patient medical bills. Or worse, to the Christian parents whose child’s suicide was successful, leaving them out in the cold with their grief and unpaid medical bills. Liberty is allowed to exclude mental health services because they are not obligated to follow the Obamacare/ACA requirements.

Now, for the third (or is it fourth?) time, Republicans are trying to pass another repeal/replace bill for Obamacare/ACA (the Affordable HealthCare Act and Obamacare are one and the same. I use both names to eliminate confusion). Every bill (so far) to replace Obamacare eliminates or modifies the requirement that insurance companies cover pre-existing conditions. This means that your garden variety insurance company may suddenly tell you that they won’t cover your diabetes medication because diabetes is a pre-existing condition. Or they might say that because you have had a headache in the past, they cannot treat your brain cancer.

This is not to say that Obamacare/ACA is perfect. My experience shows that it is far from it and desperately needs reform. After the debacle with Liberty, we signed up for Obamacare on the Healthcare.gov Exchange. Our choices were limited; there were only two participating insurance companies in our state, both of which offered several different plans with varying options. We selected a high deductible plan with (insurance company) because we wanted the lowest possible monthly premium.

Finally. We had insurance! I could breathe a sigh of relief about being covered!

Not really. What I found was that very few doctors accept our insurance even though they take other (insurance company) insurance plans. Because of the osteoporosis, I wanted to see a doctor about changing my dose of hormones. I researched the insurance company website and found from their own database a doctor who I thought accepted our insurance. However, when I arrived and handed them my card, they told me that they didn’t accept “Select,” which is the name of our plan.

What? Didn’t accept it? I explained that before selecting this particular doctor and making the appointment, I went to the insurance website, logged in, and did a provider search. The office receptionist told me that (insurance company) will not separate out which doctors take which plans; if a doctor accepts even just one (insurance company) plan, he is listed as a provider. This practice makes it extremely aggravating to patients who just want to get their bones fixed already!

Suffice it to say…I burst into tears. What was I going to do? The cash price for the office visit for a first-time patient was $175. Hurricane Irma was beating at the back door, and I had fought traffic for an hour and a half just to get to the doctor’s office, only to be told they wouldn’t accept my insurance? The insurance I spent over a month applying for? So, in tears and and morbidly embarrassed, I walked out.

And a stranger ran out and grabbed me and told me that the doctor would see me anyway. She asked if she could give me a hug. I accepted it. I didn’t know what she meant about how they would “see me anyway,” but I didn’t question her, and the receptionist told me everything was ok. I felt so numb and used up. Why am I paying so much in premiums if doctors won’t accept me? Am I a pariah now because I have to use Obamacare/ACA insurance? Am I unclean or something? That’s how I felt. Unclean, like a leper forced to wait outside the city gates.

So I met with the doctor and then, before I left, I handed over my credit card, resigned to having to pay for something that wouldn’t even count towards my deductible. But they told me I owned nothing after all. Why?

Because the stranger who ran out and grabbed me PAID FOR MY BILL. Of course, I burst into tears all over again. A woman who I don’t know and probably will never see again paid $175 for me to see the doctor. Grateful doesn’t even begin to cover it. And for the first time in my life in recent memory, I was the recipient of a Good Samaritan.

But not everybody has an angel sitting in the waiting room of the doctor’s office willing to foot the bill for everyone who has just learned that their insurance won’t cover the cost either because of a pre-existing condition (as in the case with Liberty) or because the doctor won’t accept the insurance you do have or even for those who can’t afford the premiums in the first place.

When you think about the kind of people who purchased their health insurance through Obamacare/ACA, who do you envision? What do they look like? Do you see a leper? Maybe a person who smokes three packs a day, drinks a fifth of whiskey every night, and eats junk food all the time? Or do you see a skinny addict, arms full of needle pricks, eyes wild and hair messy as he waits in line at the methadone clinic?

Think about your assumptions before you jump on the repeal and replace bandwagon. Do you see a small business owner generating money for the economy? Or how about a thin woman in her middle 40s who has never smoked, doesn’t drink alcohol, doesn’t eat wheat, dairy or sugar, weighs under 100 pounds, and has bones so brittle they could spontaneously break on their own? Do you see her?

Because this is my reality. I have a pre-existing condition whose only treatment sparks a whole ‘nuther debate — something we ALL can agree on — the need for reforming drug prices. The price tag on my doctor’s recommended treatment for two years straight is (not a misprint) $3,597 a month, according to the “best price” my insurance company’s medication tool online could find. There’s no way we can afford that! I am trying to wrap my head around the fact that the cost of the drug that could cure my osteoporosis is more than twice what I am paying to earn my graduate degree. It’s more than a luxury car. If I become tenured and begin working full-time as an instructor at the college, it’s double what I would make in one year. The cost to treat these brittle bones is more than I have ever made as a teacher in all my working years combined, and if our Obamacare/ACA insurance is taken away (I’m talking to you, Senator Rubio!), then my treatment is so far out of my reach that this debate is meaningless.

My name is Christie, and I AM the face of Obamacare.