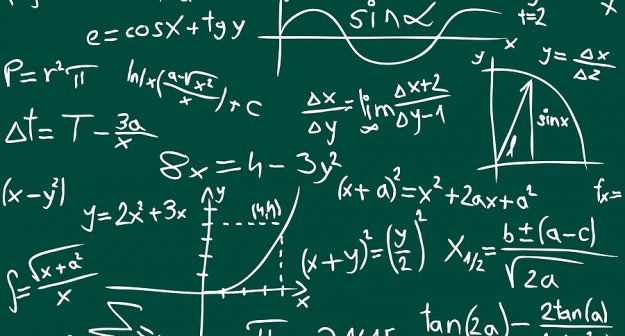 Ever since I was old enough to form coherent sentences, I have been on a quest for information.

I want to know why radio stations begin with the letters K or W. I want to know why a negative exponent really means the inverse and why the distributive property does not work with division. I want to know why I get a stronger wireless signal while standing precisely here in my bedroom, while stepping only three steps away in any direction decreases the signal significantly.

This burning need to KNOW was the root of my school day stresses a hundred years ago, particularly in math class.  When I didn’t understand something, frustration oozed out of my pores, and, in some classes, I stayed on the verge of tears all year long.  (I suspect this may have something to do with the behind-my-back nickname of “Emo” in high school.)  I wrestled with new topics until I mastered them.  Usually about a third of the way into a new course, something would “click” in my head, and I would begin to see this new knowledge and get to a point where I could do something with it.  In fact, I often ended up tutoring my fellow students as they watched me emerge from my crying cocoon into someone who finally KNEW.

And yet there are some questions that just do not have an answer…like this mystery that is ME.  I want to KNOW the name of the autoimmune disease that is attacking my muscles and nerves, but there is no source of information available.  Naming my mountain seems to be the first step in telling it in faith to move.  But my mountain has no name known to man. All my doctor can say is

“Yes,  there is something that is damaging your muscles and your nerves. It is mild, but it needs to treated. Sometimes the immune system just needs a reset.”

Despite not knowing what “it” is, the doctor wants to treat the symptoms in order to “reset” my immune system. She tells me that if I don’t take the medicine, my symptoms are liable to get worse over time. In addition, she believes there are no “natural” alternatives to this medicine she wants me to take.  According to Dr. G., if “natural medicines” worked, no one would get sick.

Now, I am not a student of formal logic, but my fourteen year old daughter is.  I asked her to create a dilemma from the doctor’s statement about natural alternatives and then tell me why it logically does not make sense.  (Anything to avoid taking prednisone!)

So what’s a girl who wants to KNOW to do at a time such as this? I’ll do what I’ve always done when I am wresting with a topic.  I’ve already cried a little in frustration — and there’s more where that came from, probably.  I’ve asked the Lord to lead me and will focus on scriptures about healing rather than on drug.com lists of side effects.  I’ll research natural alternatives and give some of them a try. And since my illness doesn’t have a name, I’m going to name it.

Sensorimotor-weird-autoimmune-disease…spells SWAD.  Or autoimmune-disease-of-unspecified-origin….spells ADUO.  Neuropathic-autoimmune-myopathy…spells NAM.  Kind of like those ROUSes, in the Princess Bride.  Nobody knew what those were, either.

Do you have an idea for a name for my illness? Go ahead, name it!