The failings of our country are not solely President Obama’s fault. They aren’t even the fault of Congress or the judicial system, although all three play a part in our collective depression.  The ones we really need to examine are the ones who look back at us when we look into a mirror — ourselves. 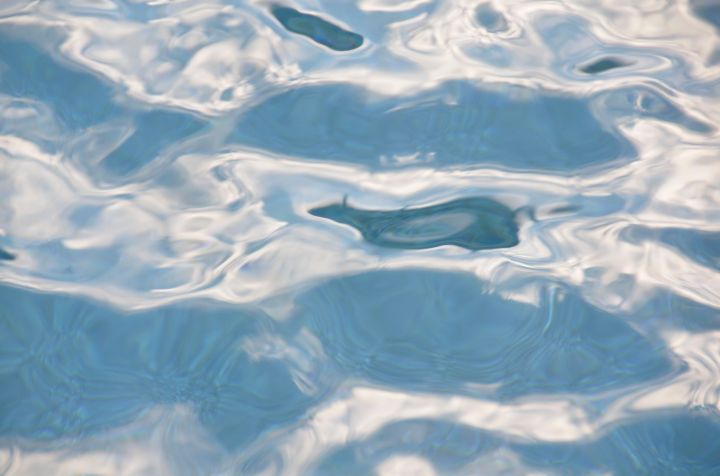 It all started with  this article by conservative columnist Frank Turek in which he blames the church — that is, the entire body of Christ, no matter what flavor or denomination — for the current failings of our country. Specifically, he points to the way our society has sectioned off our public and private lives so as to separate our Christian private selves from our secular public ones.

I found his insights interesting, and it got me to thinking about this partitioning of our Christian lives.  Is it even possible for a Christian to separate his faith from his actions and still remain faithful to his God?  Is it reasonable to expect a Christian student to drop off her faith at the doorstep of the pubic school, shedding it like a backpack?

A Christian is, by definition, a person who follows and obeys Christ.  Christ commanded his followers to go out into the world and spread the good news about salvation.  But spreading the good news does not always lead to accolades from the officials in power.  The Light illuminates the darkness, and the darkness seeks to snuff it out lest its own smudges be seen.  If we look to the scriptures we can see that even the very first Christians dealt with pushback from governmental authorities who felt threatened by the power of Christ.  After Peter and John preached about Jesus, healed a man who had been lame for 40 years, and taught about Christ’s resurrection, the church leaders had them arrested and brought before the council.

““What should we do with these men?” they asked each other. “We can’t deny that they have performed a miraculous sign, and everybody in Jerusalem knows about it. But to keep them from spreading their propaganda any further, we must warn them not to speak to anyone in Jesus’ name again.” So they called the apostles back in and commanded them never again to speak or teach in the name of Jesus.

But Peter and John replied, “Do you think God wants us to obey you rather than him? We cannot stop telling about everything we have seen and heard.”

Who do those church leaders sound like?  Our own Supreme Court declared the inclusion of Biblical devotions in public schools unconstitutional.  In effect, they told us to keep our talk about God and Christ in church, where it presumably belongs.  Like the officials of old, they wanted to keep us from spreading “our propaganda” except to those who already believe.

And we Christians stood by and let them tell us to partition the sacred away from the secular, not realizing that we were penning ourselves inside man-made laws that deny our very existence — our definition.  Soon this partitioning of our selves spread into every segment of our lives.  It became faux pax to mention religious topics in social and especially business and workplace settings. We began dressing in our secular skin six days a week, reserving our sacred skin for Sundays.  Consequently, our behavior as Christians dwindled.  We talked a good talk but began living our lives around our six secular days rather than focusing on the sacred…and many people fell away from Christ.  Outsiders who tagged us as hypocrites were right, as many of us began partitioning our behavior.  We did things in our secular skin that we’d never dream of doing in the sacred. Those who would never think to steal money from the offering plate think it is okay to cheat on their taxes.  Those who say they love their enemies think nothing of posting comics denigrating a person who belongs to a different political party or holds to a different belief.  We have lost sight of what it means to truly follow Christ…to love our neighbors as ourselves.

Did Peter and John wall off their Christian selves from their other, secular selves? They were so transformed by the power of the Holy Spirit that they “could not stop telling about everything (they) had seen and heard.”  I can only imagine what Peter might have said had he been a public school teacher in 1963 America…or what he might write on FaceBook today.

I know I need to bring back the sacred into my own life.  What would life be like if I wore my sacred skin seven days a week?  If I truly abided in Him, keeping my heart and my eyes wide open to the sacred moments God has in store for those who are willing to see, what might I, what might we, become?   A light shining from a lamp stand? Salt, seasoning a world desperate for real change, hope, and transformation? We would act out our faith in all areas of our lives, public and private, showing love on purpose to those we disagree with.  Our churches would not need us to have “Bring a Friend” Sundays because people would be drawn to His light shining in our lives like bees are drawn to honey.

One reason I homeschool is because I cannot separate “school subjects” from “sacred subjects.”  We do not wear school skins six days a week and church skins after school and on Sundays.  I believe the Lord is the foundation of all knowledge and wisdom.  The public school can’t give my child a quality education because it partitions that which is sacred — the foundation — away from the secular.  For example, when we study the history of language and of writing, we find that some of the earliest known symbolic writings (not pictorial) were made by the Hebrews…right at the time of Moses, when the Bible records the Ten Commandments were written by the finger of God.

“When the Lord finished speaking with Moses on Mount Sinai, he gave him the two stone tablets inscribed with the terms of the covenant, written by the finger of God.” (Exodus 31)

So how could any study of the history of language be complete if this bit of history is left out because some people disregard and/or fail to study the archeological evidence and call it a book of myths?  The writers of the Bible were inspired — if not by God, then by who or what?  How else did Isaiah know that the earth is a sphere?

“God sits above the circle of the earth.
The people below seem like grasshoppers to him!” (Isaiah 40)

The moral decay and the decline of basic decency and manners in our culture is not on the shoulders of those we ultimately vote into or out of political office: it is on us. Each of us contributes, every time we turn a blind eye to the homeless person on the street or let our city councils enact laws that make it illegal — ILLEGAL — to feed the hungry, a law which is a direct contradiction to what Jesus commanded us to do.  Who will we obey? Where does our true allegiance lie?

Although we use a classical Christian curriculum in our homeschool, I do not always intentionally seek to wear my sacred skin in other areas of my life.  Tonight I feel convicted to cross the line that my pride has drawn.  I pray I will have the courage to deliberately tear down the artificial wall separating my Christian self from my public self. Like that old commercial for Oil of Olay, I want to love and embrace the (Christian) skin I’m in!