With this unrelenting heat, it’s hard to think about what life would be like if we didn’t have power.  Air conditioning is a balm to my soul when the thermometer in my car reads “113!”  I use power 24 hours a day: electric toothbrush, hair dryer, ceiling fan, air conditioning, oven, microwave, coffee maker, refrigerator, toaster, computer, iPad, iPhone, telephone, washing machine, dryer, dishwasher, water heater, lighting, television, heating pad, air purifier, car…did I mention air conditioning?  Suffice it to say that electrical and/or gas power is an integral part of my life.

As important as electricity has become to our lives in these modern times, there is a power even greater.  Greater even than nuclear power.  I’m talking about the power that belongs exclusively to God.  How much time do we spend thinking about His awesome power?  Awesome is an appropriate word: God inspires awe.  Think of the intricate workings of our bodies, for example.  We have miniature power plants operating in our bodies (mitochondria producing ATP, for those of you who wanted to know) without our having to think about it. 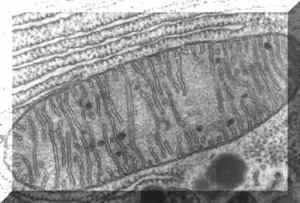 The trees bud in the springtime, become robustly green in summer, vividly orange, red, and yellow in the fall, drop and die in the winter and then start all over again — all without our having to do a thing.  What powers this life force that is within us and within living creatures?

My favorite, spine-tingling Bible verses are those that spend time praising God for his power.  It is healthy for us to remember just Who it is who set the stars in motion and to reflect on the amount of incomprehensible power God has to have to have been able to create.  Has any of us been able to create life out of nothing?  We have scientists who try — but they are missing an important aspect: they don’t have God’s power.

13 It was my hand that laid the foundations of the earth,

my right hand that spread out the heavens above.

When I call out the stars,

they all appear in order.”

God’s creative hand laid the foundations of this earth that we call home.  Can you imagine the sheer energy it must have taken to give life?  As a mother who has given birth, I know a little something about the energy it takes to bring forth life on a very small scale!  But God “gave birth” and breathed life into ALL of creation.  Not just our little solar system, but the entire universe. 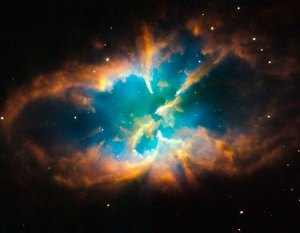 In church we often sing about the Lord Almighty.  The word “almighty” implies great strength and power, and it is indeed!  In fact, Jeremiah 10 tells us that the Lord’s name itself (shem) means intense strength, power, and might:

For you are great, and your name is full of power.

There is no one on earth who is like God.  He is the King of Nations.  I worship God and God alone.  Meditating on His extreme power makes me feel awed and safe at the same time.  Psalm 145 hints at more of the Lord’s great power:

26 He released the east wind in the heavens

and guided the south wind by his mighty power.

I’m an amateur weather buff.  When we lived in Florida I tracked hurricanes on charts and eagerly (or stupidly) looked forward to tropical waves, torrential rains, and terrifying winds that bent pine trees all the way to the ground.

What’s always remained a mystery to me is the origin of wind.  Where does it come from?  Even weather forecasters today don’t always predict with accuracy the wind speeds and directions.  I think this is just another one of those mysterious areas where God rules by his power.  We won’t completely understand it.  Science may be able to tell us that there are the Westerlies and the Easterlies — but can they explain HOW it first happened?  How can it be that something we can’t see can have such awesome destructive power?  Yet I feel safe, anchored to this earth by another force I can’t see but that I know is there…gravity.

How is it that so many people today “believe in” gravity but not in God?  They say they can’t “see” God, so he must not exist.  If you are a skeptic who happens to be hashing out in your mind whether you believe in a Creator, I’d like to encourage you to consider the faith you put in other abstract elements such as gravity.  You can’t see it, but you can see the evidence of its existence.  Acceleration is another force that can’t be seen but is instead felt.  I submit to you that God’s power is greater than any scientific force known to man because He himself set them in place.  Take a moment to read Isaiah 40.  I’ve selected a few verses here:

12 Who else has held the oceans in his hand?

Who has measured off the heavens with his fingers?

Who else knows the weight of the earth

or has weighed the mountains and hills on a scale?

21 Haven’t you heard? Don’t you understand?

22 God sits above the circle of the earth.

and makes his tent from them.

26 Look up into the heavens.

Who created all the stars?

He brings them out like an army, one after another,

calling each by its name.

Because of his great power and incomparable strength,

not a single one is missing.

The best aspect of thinking about God’s power is the realization that his power is accessible to ME.  With the health issues I am currently facing, I face a wall of fatigue almost daily that drags my feet and makes simple movements — walking up stairs, for example — difficult to do without a pounding heart.  But I take hope that my healing and restoration is within reach:

29 He gives power to the weak

and strength to the powerless.

31 But those who trust in the Lord will find new strength.

They will run and not grow weary.

They will walk and not faint.

God’s great power was displayed in an amazing way when he did the unthinkable for Jesus: he defeated death.  Jesus died. His heart stopped beating.  A soldier stuck a sword in his side just to make sure the job was done.  Then he was put in a cave tomb.  His followers were heartbroken and afraid.  They’d seen first-hand the miracles Jesus did on God’s behalf…but they did not yet see the extreme power of the Lord revealed until three days later when Jesus rose from the dead very much alive.  That, my friends, is power…power that is granted to each of us who do nothing more than believe in our hearts and confess with our mouths that we have messed up and been selfish, and that we need Jesus, the Savior who really is the Son of God.  Churchy people call it “Resurrection Power.”  It’s mysterious.  It’s not something we who are walking on earth today have seen with our own eyes…yet.  But we have multiple eyewitness testimony of this unbelievable power of God in action. That testimony can be read in Matthew, Mark, Luke and John.  If you are reading it through for the first time, I suggest starting with Luke.

The Bible is not just a compilation of myths.  It is a history text detailing the history of a people the Lord called out as his own special possession.  It is a guide for our feet and a love letter for us from our Creator.  Reading and believing the treasures hidden within the pages of the Bible unleashes a spiritual power that can’t be explained by science but is real nonetheless.

Consider the encouragement given to us through the “Hall of Faith” written in the book of Hebrews:

33 By faith these people overthrew kingdoms, ruled with justice, and received what God had promised them. They shut the mouths of lions, 34 quenched the flames of fire, and escaped death by the edge of the sword. Their weakness was turned to strength. They became strong in battle and put whole armies to flight. 35 Women received their loved ones back again from death.

But others were tortured, refusing to turn from God in order to be set free. They placed their hope in a better life after the resurrection. 36 Some were jeered at, and their backs were cut open with whips. Others were chained in prisons. 37 Some died by stoning, some were sawed in half,* and others were killed with the sword. Some went about wearing skins of sheep and goats, destitute and oppressed and mistreated. 38 They were too good for this world, wandering over deserts and mountains, hiding in caves and holes in the ground.

By their faith in the Lord’s power and nothing else, people throughout history have powerfully overcome obstacles that would turn my knees to jelly.  Their stories are recounted throughout the Bible and continue through modern times: Schindler, Corrie ten Boom, and Mother Theresa have all left their mark on this world through the living out of their faith.  Many of them have faced horrific torture and ultimately death because of their faith.  Christians who hid the Jews from the Nazis during WWII did so because of their faith.  God himself gave them the power to do what others would not.

He offers the same power to us.  He enables us to do that which he calls us to do. Like plugging ourselves into a spiritual fuse box, we receive the ultimate power source — from the Creator himself — when we allow him to be our outlet so that our thoughts, our actions, and our hearts are fed by his powerful, mighty love.