Cue the fire and brimstone voice:

You are a sinner!  You are a mere worm!  You do not deserve forgiveness!  If you do not repent, if you do not accept Christ as your savior, you worthless sinner, then you are destined for the lake of fire, a horrible place with unending wailing and gnashing of teeth!

Messages like the one above are the reason why my family joked that every time I went to church as a young girl, I “walked the aisle” to repent and be absolutely 100% sure I wouldn’t be thrown in that fiery lake. While many churches have backed away from such brimstone rhetoric, the underlying message I received from the church remains:

You can’t ever be good enough.  You will never please God.  You are dead in your sin.

Consequently, I’ve walked through my adult years in a cloud of shame.  No matter what I do, I will not achieve perfection.  I will not please my heavenly father, my maker, because I keep messing up.  Eve’s legacy to me is one of extreme shame…shame at who I am as a person.  Shame at my failings.  Shame that anxiety still trips me up, because if I REALLY had faith, if I REALLY believed, then I wouldn’t experience fear.

This sensation of shame permeates my skin and influences my thinking.  Failure happens before I even start the day.  I’m not loving people enough.  I’m not sharing Jesus enough.  I’m a complete and utter failure.

But are the messages I take as truth really the truth as taught in Scriptures?  Am I really dead in my sin?  Can I never please God?  Am I ever good enough?

I don’t think I’m alone in walking the sidewalk of shame.  You’ve been there with me, haven’t you?  We look at how composed our friends are when they are disciplining their children and despair at the tone we used this morning with ours. We see another friend’s FaceBook photo of her fresh-baked, made-from-scratch, hand-milled, gluten-free, organic bread — and subsequently we give ourselves a few mental lashes for succumbing to store bought convenience full of nasty preservatives, soy, dairy, sugar, and genetically modified everything.  I have a friend who cleans her house Every.Single.Day.  She dusts, vacuums, cleans the showers, changes the sheets — while I scramble to get the house picked up because I’m embarrassed for the housekeeper to see how I REALLY live. 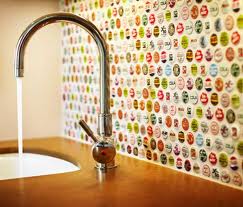 Or what about that friend who is the Pinterest Queen?  You know who I’m taking about.  The one who has it so together in her life that she creates a kitchen backsplash out of bottle tops, curtains out of used t-shirts, and inflatable boats out of recycled gallon jugs?  Meanwhile, those painting supplies you bought at Michael’s to create a masterpiece for your mantle are collecting dust in the closet, buried beneath the towels that the washing machine ripped and the sweater that encountered one too many moths.

Like the sweater with too many moth holes, we feel used up, stretched out, and useless.

But a fresh reading of Scriptures — specifically Romans 7 and 8,  is showing me just how off-track my thinking really is.  Too many churches and religious institutions are taking a page from the Pharisees rather than preaching the complete message. The focus of many of us is on the sin rather than on the grace so wonderfully, abundantly given.

The church doggedly pounds the message:  Sin is in us all.  We even use verses to back up this assertion, such as this one, from Romans 3:23:

For everyone has sinned; we all fall short of God’s glorious standard. (NLT)

What I have a tendency to do is focus in on that verse as I mentally punish myself for failing to live up to all that “walking in the Spirit” entails (in my mind, at least).  But those who meditate on that verse without the one that follows are only getting a partial picture of the truth.  Here’s the rest, from verse 24-26:

Yet God, with undeserved kindness, declares that we are righteous….For God presented Jesus as the sacrifice for sin. People are made right with God when they believe that Jesus sacrificed his life, shedding his blood. God did this to demonstrate his righteousness, for he himself is fair and just, and he declares sinners to be right in his sight when they believe in Jesus. (NLT)

What do those verses mean for me?  It means that the shame I have been walking under is a false burden.

So now there is no condemnation for those who belong to Christ Jesus. (Romans 8:1)

Where do all those condemnations come from, anyway?  Holding myself up to impossible standards set by photoshopped models and edited FaceBook photos is allowing the enemy to trap my mind into a revolving state of self-repulsion.  The enemy knows me and is scared of me.  He tries to derail my every moment because when I’m controlled with the Spirit, I am a force to behold.  Even now as I write these words, I hear the enemy distracting me with self-flagellating thoughts: you aren’t organizing your thoughts correctly. You should get up and stretch your legs. You shouldn’t have eaten that wheat muffin.

Where is my mind dwelling with thoughts like those?

When I walk on the Sidewalk of Shame, am I being dominated by the sinful nature or by the Holy Spirit?  There is a difference between feeling guilt spurred by the Holy Spirit in response to something I did or did not do and feeling guilt spurred by my own perfectionism and drive to be Superwife, Supermom, Superhomeschooler, SuperHousekeeper, SuperCook, SuperFriend, and Supersexy Photoshopped Woman.

It’s hard to have life and peace while juggling all those SuperRoles, don’t you agree?  But according to Paul’s wisdom in Romans 8, I don’t have to juggle anymore, nor live under the Shameful Cloud, and neither do you.

Therefore, dear brothers and sisters, you have no obligation to do what your sinful nature urges you to do. For if you live by its dictates, you will die. But if through the power of the Spirit you put to death the deeds of your sinful nature,you will live. For all who are led by the Spirit of God are children of God.

If through the power of the Spirit I put to death the deeds of my sinful nature…I will have the promised life and peace.  That means calling out those thoughts and stabbing them with the sword of the spirit. Rather than wallowing with the pigs of self-condemnation, afraid to take a step for fear it will lead to more sin, I instead can bask in the light and peace of my standing as a true daughter of the King:

So you have not received a spirit that makes you fearful slaves. Instead, you received God’s Spirit when he adopted you as his own children. Now we call him, “Abba, Father.”

I’m not holding hands with my sin. It’s a part of me, a legacy from Eve, but I don’t have to follow it, and it has no power over me.

Yet why do I still mess up?  Why do I still yell and get irritated and cripple others with my words?  Why do I speed up to pass a stranger on the highway just because I don’t like the “look” of his car?  Do my continuous slip-ups mean I’m not really saved?  That I don’t really have Christ in me?

Because when we became Christians, our souls were divided, and we became Self and Spirit.  Take a look at this verse from Romans 7:16-17, with fresh eyes:

But if I know that what I am doing is wrong, this shows that I agree that the law is good. So I am not the one doing wrong; it is sin living in me that does it.

The sin inside is a real aspect of our personalities.  It’s not just our actions — it is a part of who we are.  There might as well be a separate organ in our bodies next to our hearts labeled “Sin.”

I love God’s law with all my heart. But there is another power within me that is at war with my mind. This power makes me a slave to the sin that is still within me. Oh, what a miserable person I am! Who will free me from this life that is dominated by sin and death? Thank God! The answer is in Jesus Christ our Lord. So you see how it is: In my mind I really want to obey God’s law, but because of my sinful nature I am a slave to sin

There is another power in all of us who are saved…a power that is at war with the Spirit that God gave us when we trusted in Christ to save us from the fiery lake.   When I fall down and mess up, it does not mean that I am a half-Christian.  It doesn’t mean that my salvation is at risk or that God is disgusted when he looks at me.

Rather, when God looks at me, He sees what I saw when I first laid eyes on my baby girl.  He sees me fresh and clean, with all my sins, past and future, washed away.

The prophet Isaiah spoke about this remarkable turn of events (Isaiah 1:18):

In reading Scripture, just as in reading any material for information, it’s a good idea to note the tenses that are used.  Isaiah was written a little over 700 years before the birth of Christ.  The Lord says through Isaiah that he WILL (future tense) make our sins as white as snow.  Then, Jesus entered this fallen world in a manger, surrounded by the smell of hay (and probably manure!)  The son of God himself came to set an example for us on how to live.  Rather than following the list of rules, we were given a picture of the perfect life — the true Superman, to emulate.  He was obedient to God even when we would not have been, and he took on flogging and crucifixion — paying the price for everyone’s sins, past and present and future.  And then he conquered the grave and did what was impossible — he came back to life, to show us a picture of God’s power and mercy and plan.

About 70 years (some historians say 90 years) after Christ’s death, his disciple John had a vision that we call Revelation.  It’s at the end of the Bible.  Take a look at what John saw, and compare it to what we read in Isaiah, 770 years beforehand:

“It has come at last—
salvation and power
and the Kingdom of our God,
and the authority of his Christ.
For the accuser of our brothers and sisters
has been thrown down to earth—
the one who accuses them
before our God day and night.
And they have defeated him by the blood of the Lamb
and by their testimony.

The one who accuses you has been thrown down to earth.

Who dares accuse us whom God has chosen for his own? No one—for God himself has given us right standing with himself. Who then will condemn us? No one—for Christ Jesus died for us and was raised to life for us, and he is sitting in the place of honor at God’s right hand, pleading for us. (Romans 8:33)

Imagine yourself doing the worst deed you could possibly commit, such as murder. Now imagine facing the death penalty after being found guilty.  Your hands are tied behind your back as you are being led to the gallows to pay for your crime.  Suddenly, a man in white shouts, “STOP!”  The executioner freezes.  “I will die in his place,” says the man.  Then he removes the hood from your head, gives you his white clothes, and takes your place on the gallows.  Friends, that is exactly what Jesus did.   It’s time to tear off the hood.